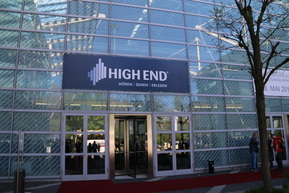 First of all, a trip to the the Munich high end show may appear to be a jolly for any audio junkie, but the truth is a little different...
​
The show has to be experience to appreciate it's sheer scale. There are over 500 exhibitors, spread over 5 arenas and three floors, which took a full two days to take in.

This report isn't limited by magazine space or picky editorial, it will try and convey an honest account of the event, not just the obvious crowd pulling 'oil rig' turntables and speakers that have to have a house built around them, but the many smaller companies that produce some truly great, sensibly priced audiophile products  for whom the sheer financial outlay to even attend a show like this, shows a true dedication and passion.

Being a shop specialising in vintage gear, we were thrilled to see a large number of vintage turntables being used, including at least 4 Thorens TD-124's, a couple of high-end Technics, a lovely old direct drive Luxman, a lovely Micro Seiki DDQ1000 and the normal spattering of Garrards.

It was also great to see at least a dozen reel to reel machines being used too, including a number of Nagra and Revox machines, topped off for me, by Tim de Paravacinni's very rare and sublime sounding re-worked Denon.

'Vintage chic' is definitely back,  as many companies were showing 'retro' styled products, the wooden cheek is definately having a revival, with even Pro-ject adorning an entire range of electronics with them, and they looked very nice too! 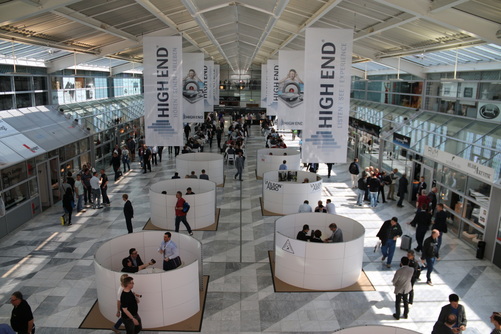 But how did it all sound??

Well, obviously there were the not-so-good, the outstanding and everything in-between.
There were a number of rooms that really pushed the bar, and produced a truly emotional response from the listener, this was down to the obviously high quality of the equipment used but also a true understanding of room acoustics and in many cases, a large amount of effort to get the the room sounding it's best, as you will know, this is just as important and in some ways more important than the equipment itself.

But the most important aspect of the show, was obviously the music... There were some beautiful tracks played, but it has to be said, that there was an awful lot of jazz and female vocal that could be heard blasting out of many of the rooms, which is always nice to listen to, and rightly so, as some of the recordings were simply captivating, but i swear if I hear take 5 once more, I will kick the speakers over... No matter what the cost!
So we will share a track list of some of the most notable tracks of the weekend, this will follow this report, in a day or two, so you can get an aural as well as visual feel of the Munich High End 2016.

So here we go... This may take up more than your lunch break...

Great Sounds of the Show

Here is our personal pick of some of the most impressive sounding rooms of the show... in no particular order.

Boya Volya - speakers from the Ukraine 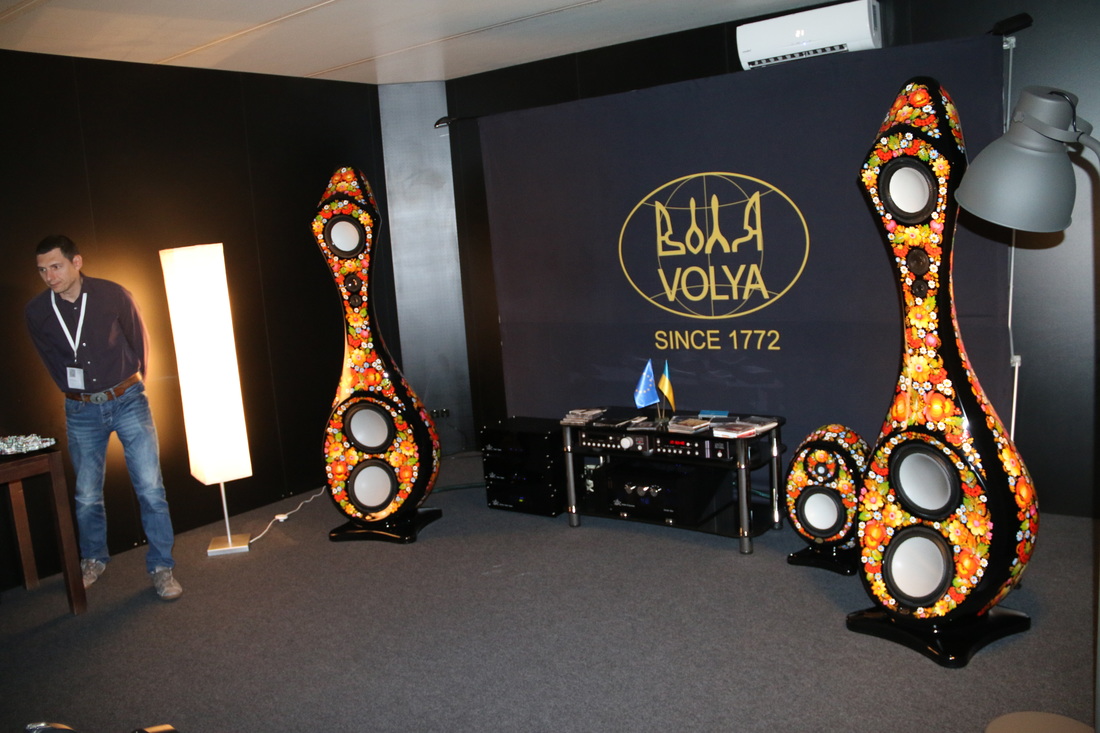 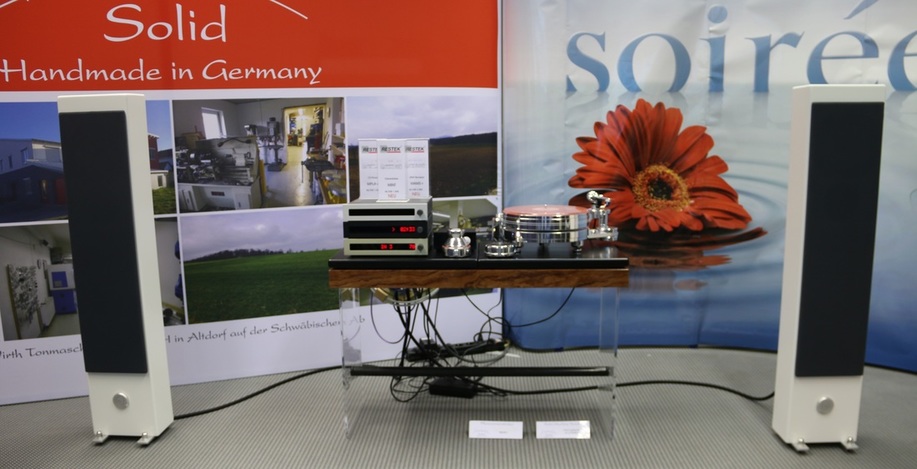 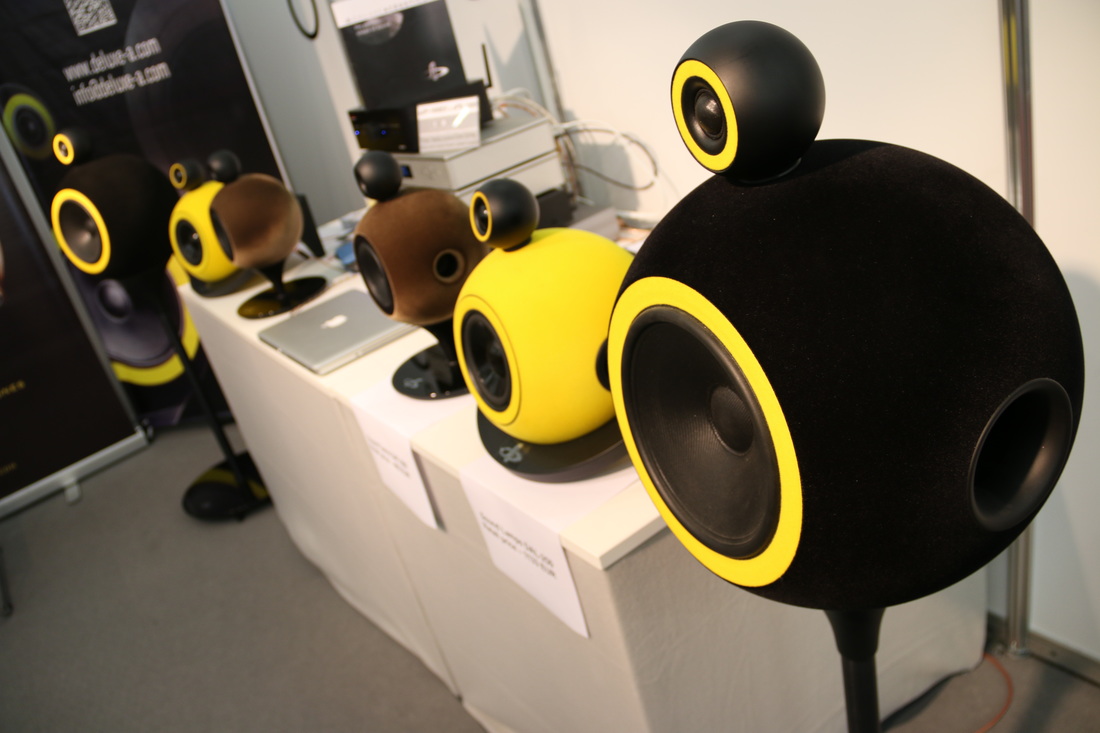 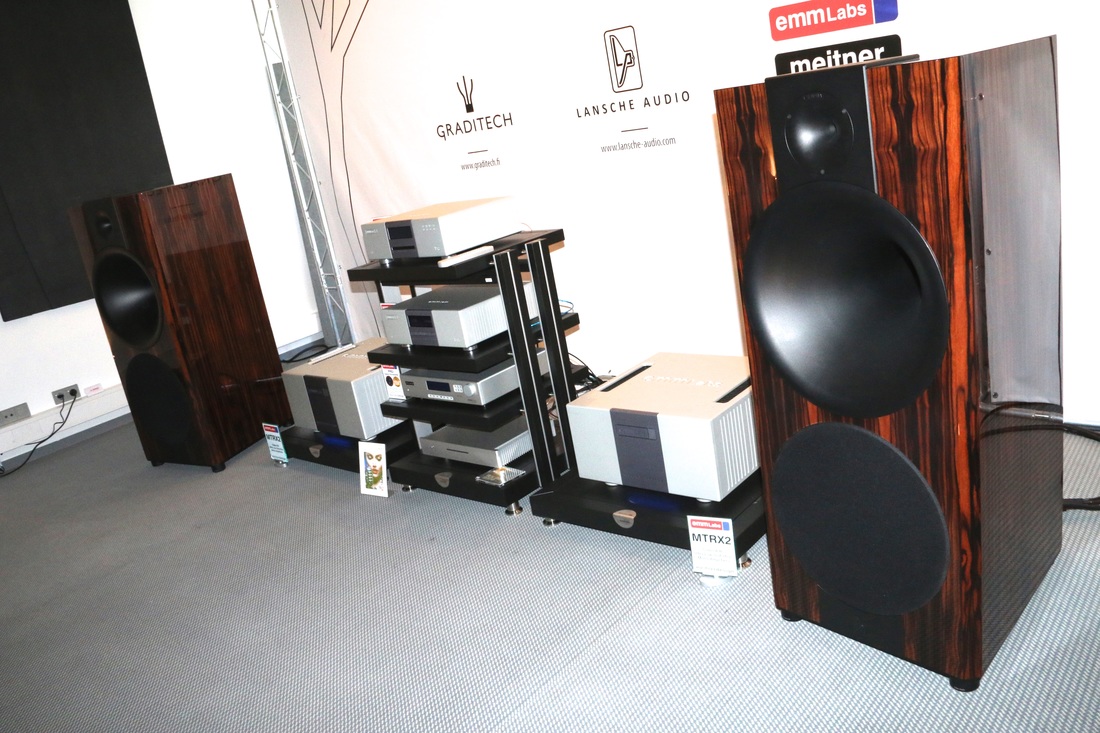 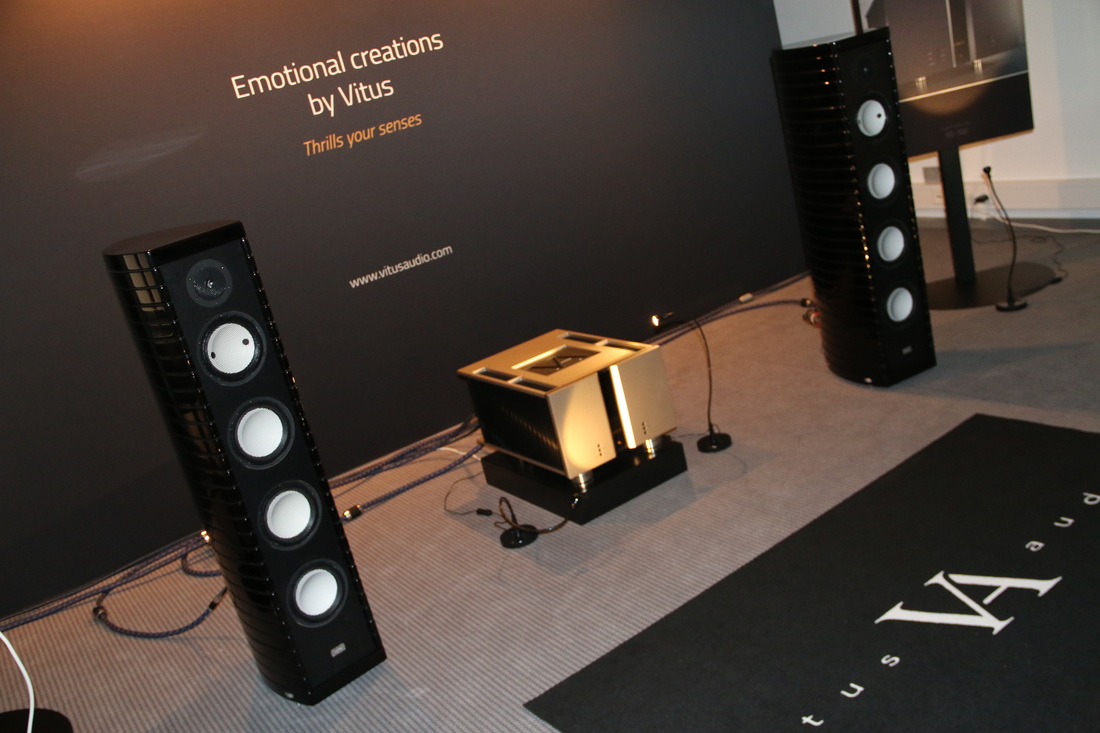 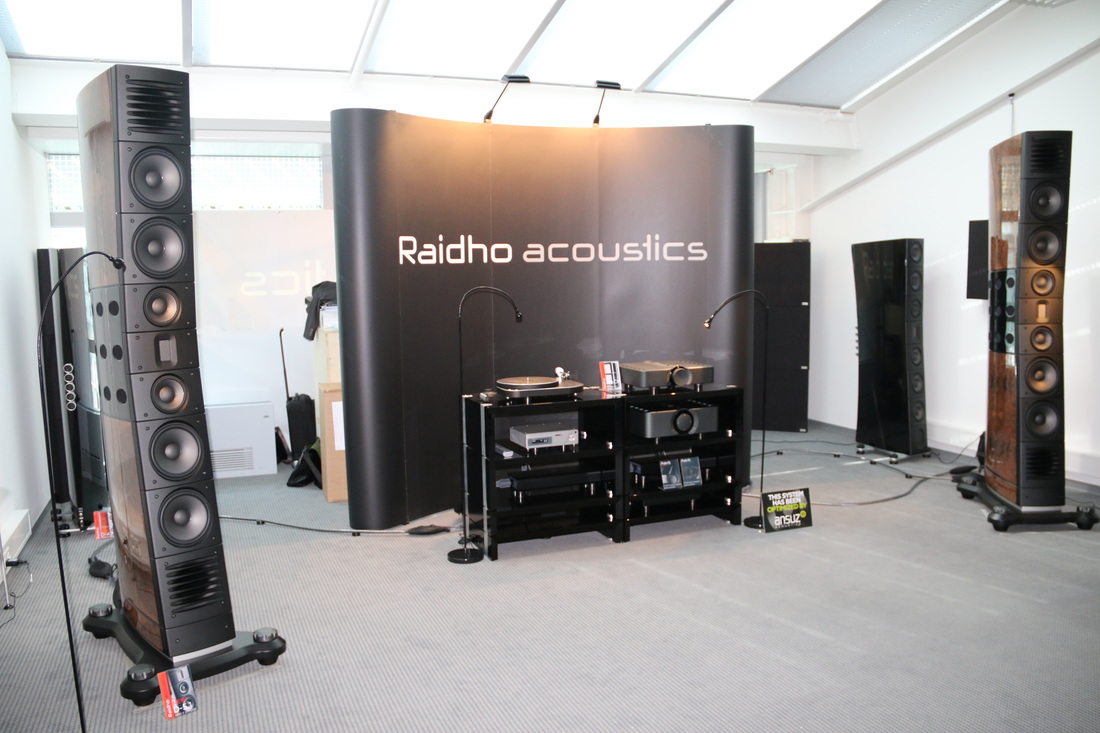 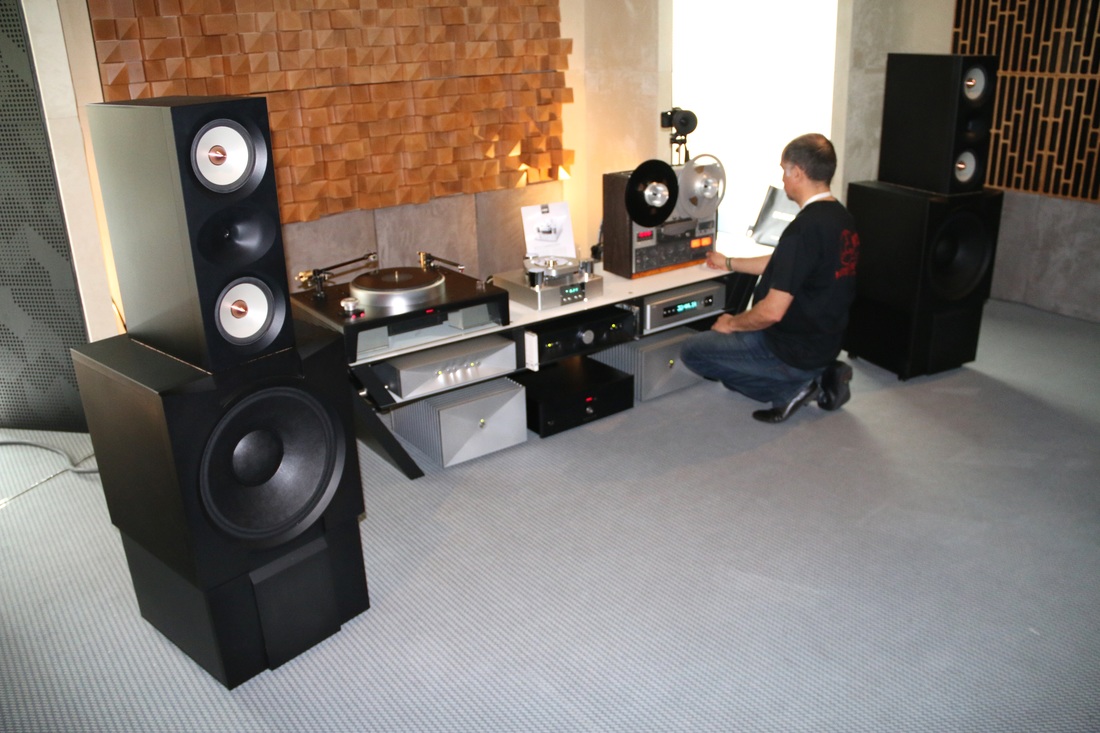 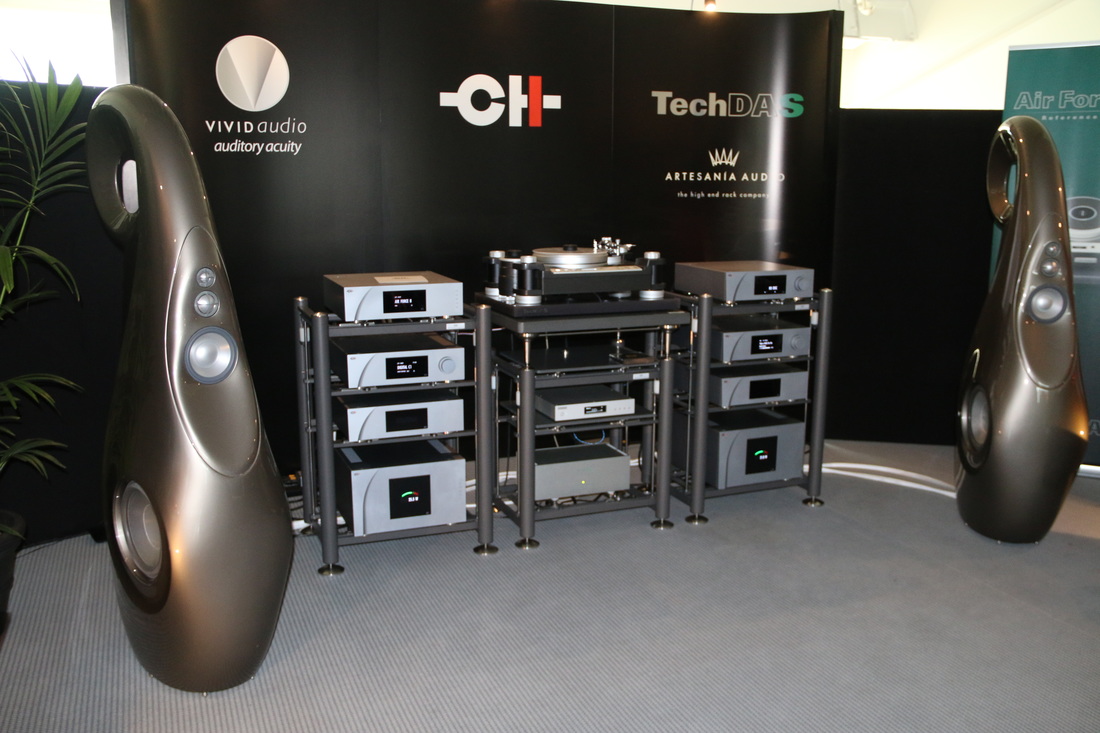 Audio Technica and the AT-Art1000 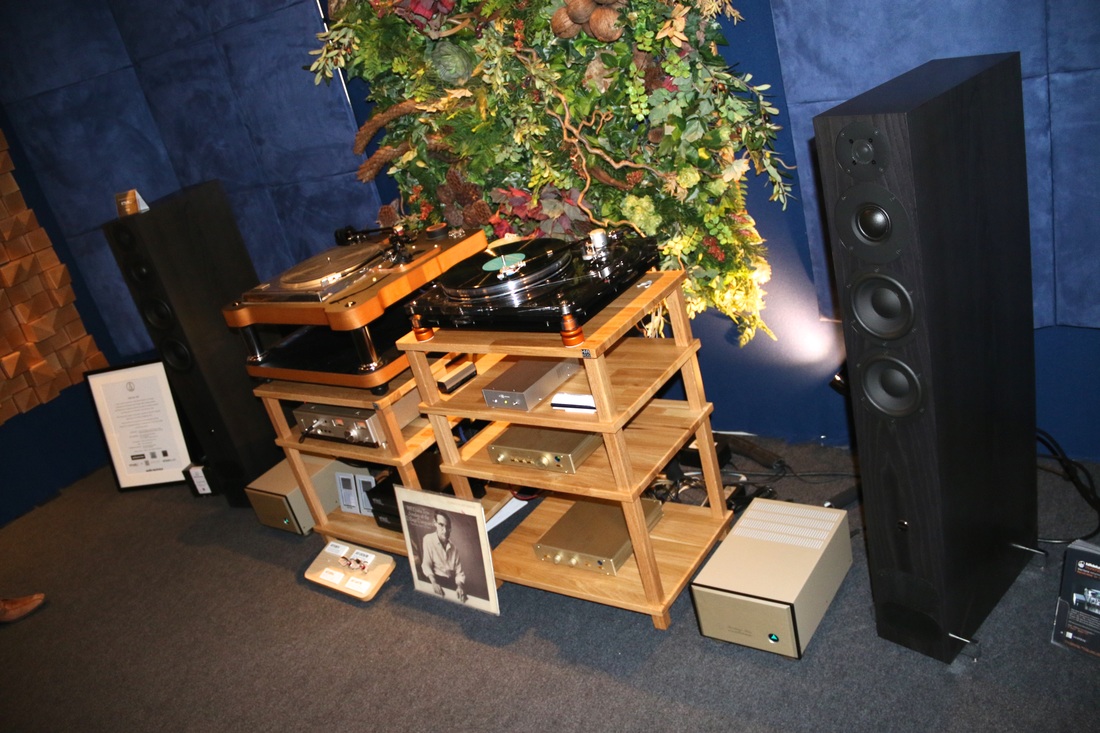 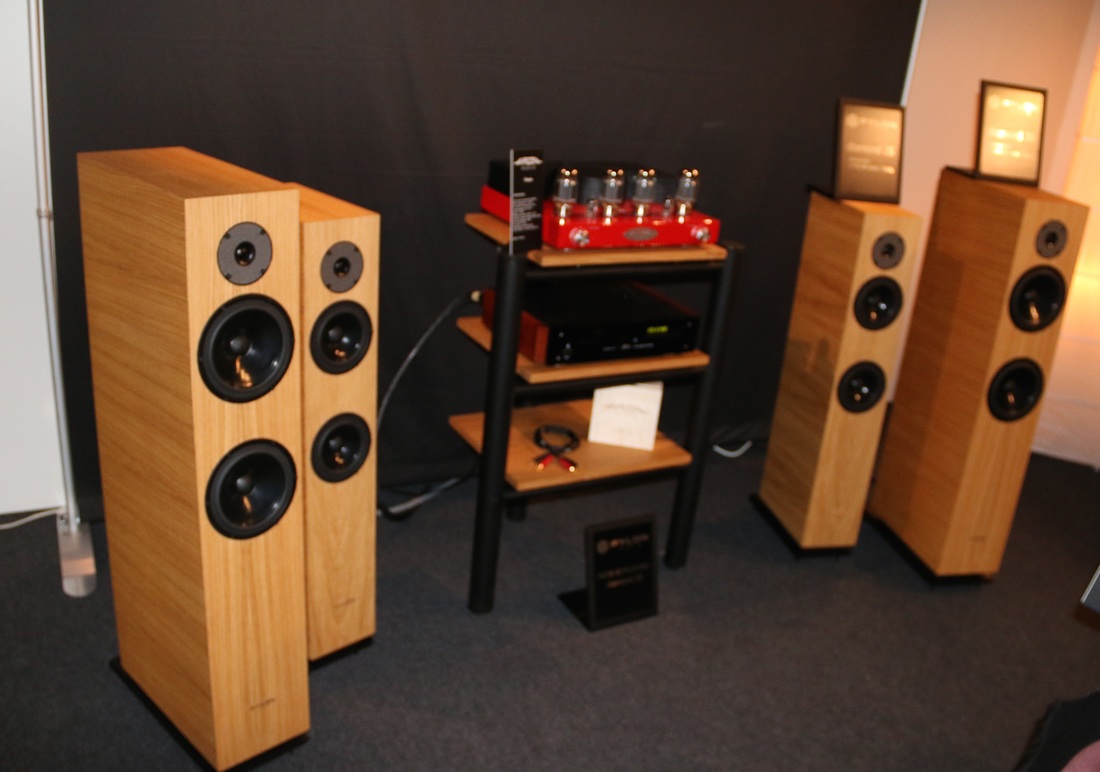 A collection of some of the crazy stuff at the show... no words needed, the pictures say it all! 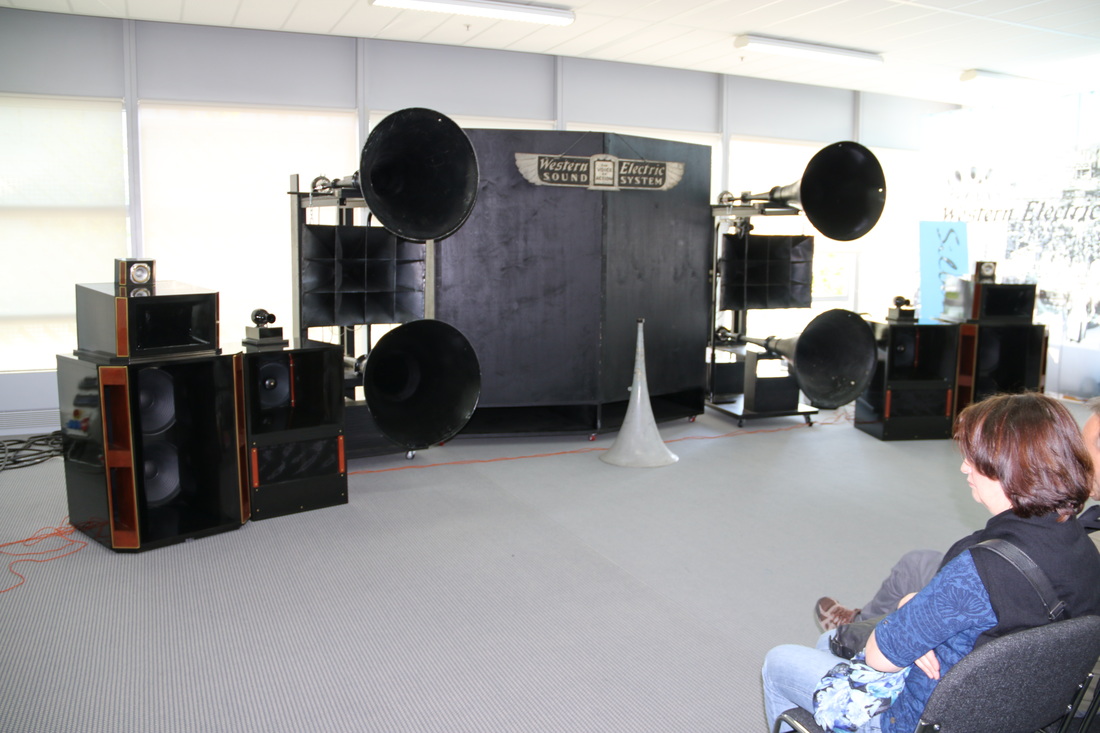 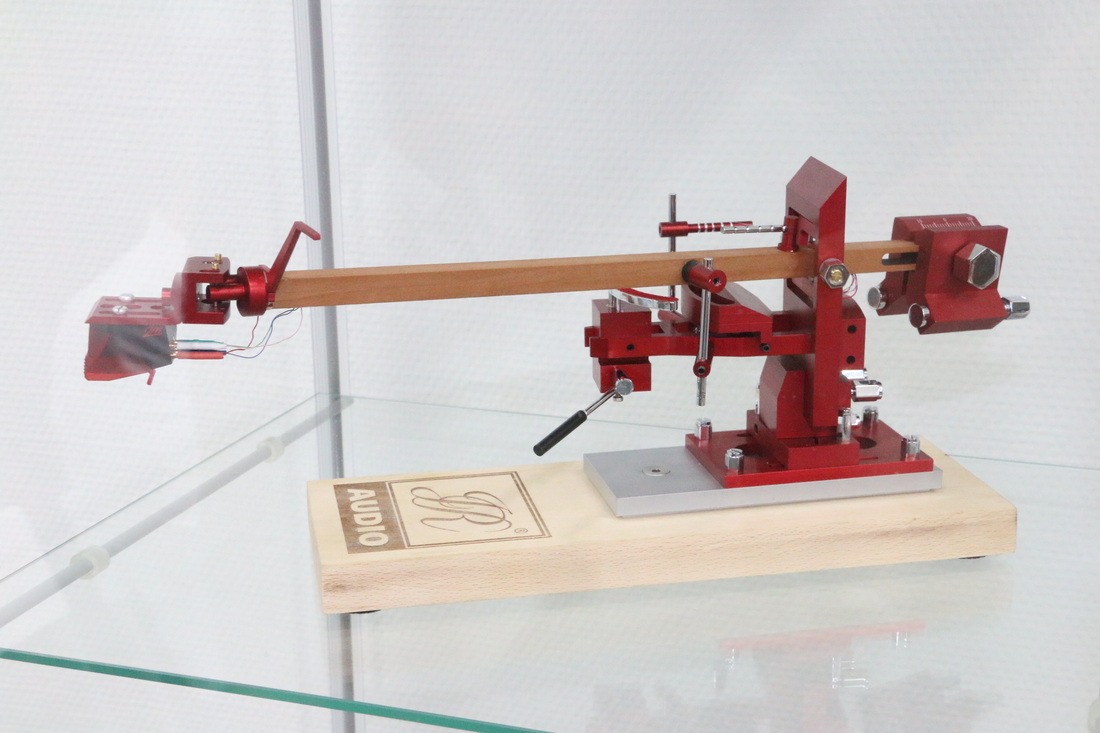 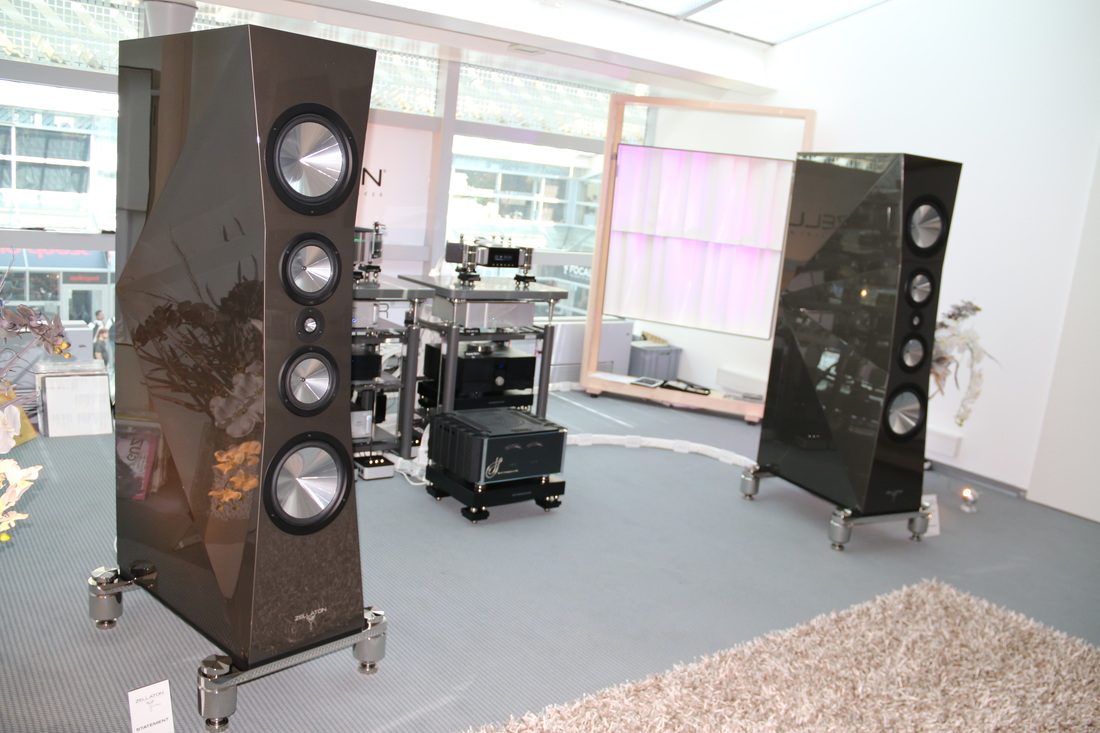 A few familiar faces.... flying the flag for Blighty. 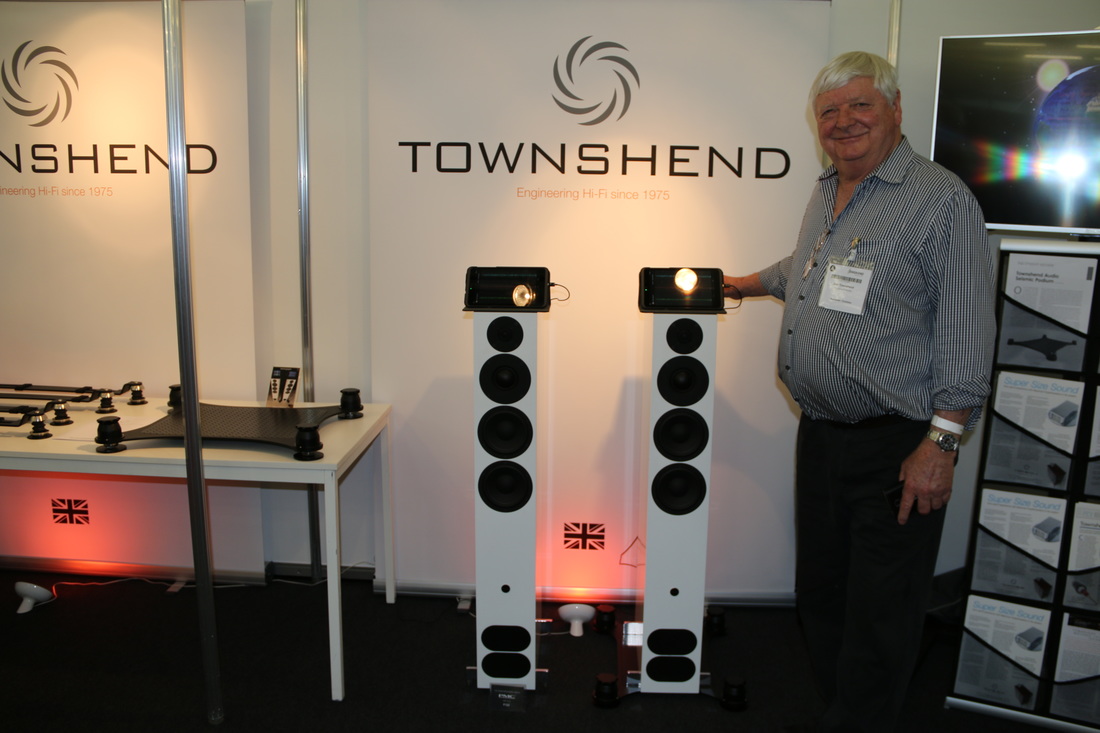 Max Townshend looking very pleased, having had a great show, I know he's not technically a Brit, but he's Flying the Flag! 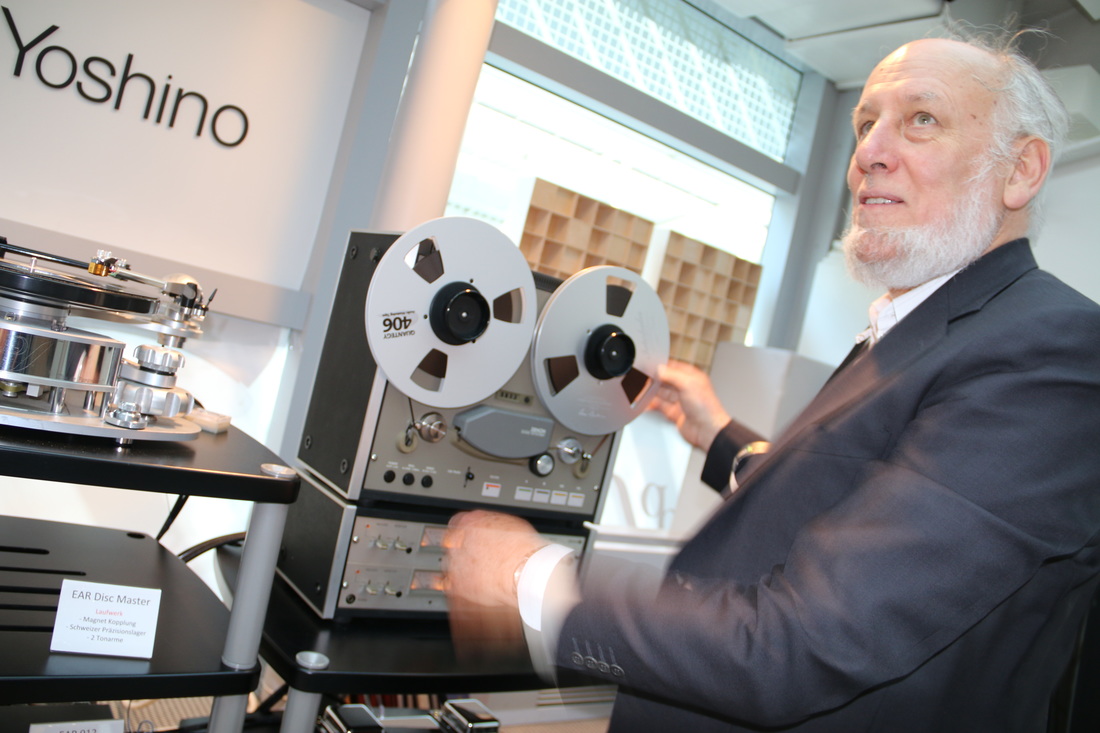 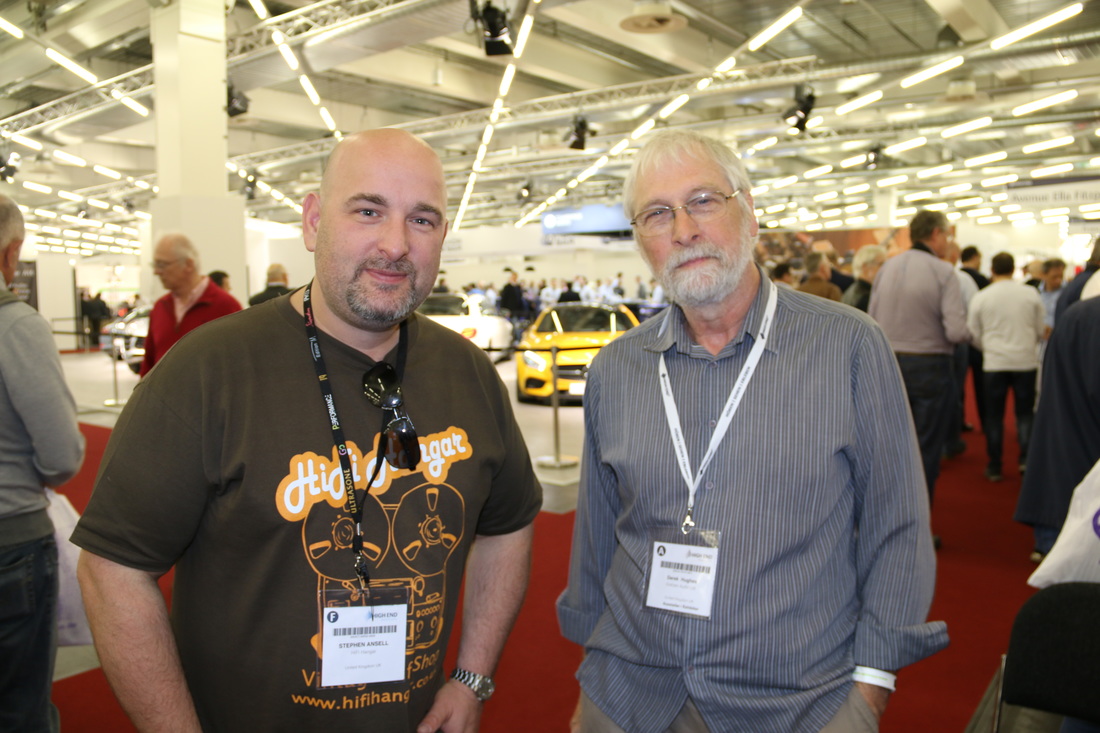 Derek Hughes and myself, after an enlightening chat about the LS3/5a and Spendor's History, Derek is the son of the legendary Spencer and Dorothy Hughes. 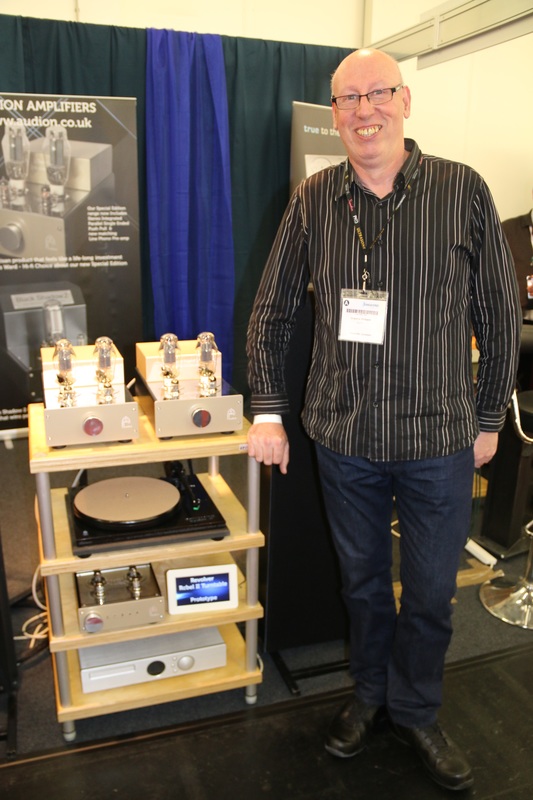 Graeham from Audion Showing off his beautiful Silver night Amplifiers and the new Revolver Rebel Prototype... 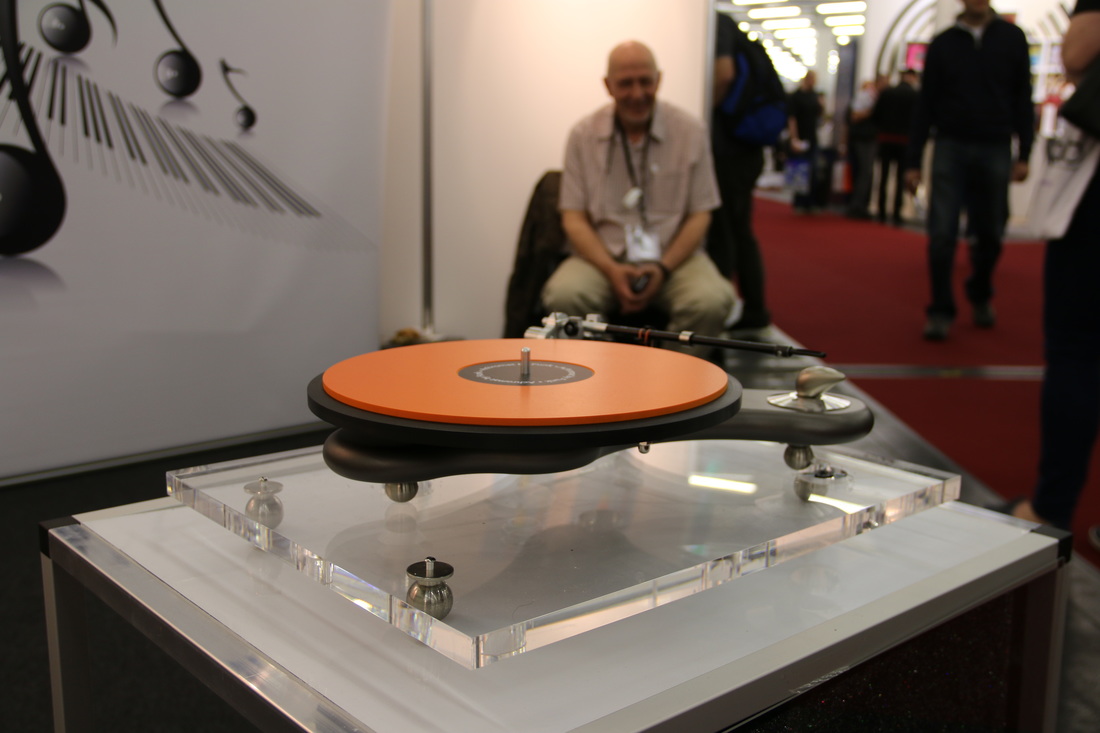 Turntable veteran, co-founder of Pink Triangle and founder of The Funk Firm, Arthur Khoubesserian taking it easy behind a funky Funk deck.

​Bring out the Old Girls

We spotted some lovely old kit at the show, here's a selection....

A selection of cool new stuff, and some interesting ideas.

It was great fun, and i urge anyone who enjoyed this account of the show, to get over there next year, as there is so much to see, this report only scratches the surface!!