Auris
Auris displayed some smart looking kit, with the stunning 19.5 Kilo Fortino 6550 valve amp at the helm, thit retails for £4,795, available from Kronos AV & Audio Emotion in UK.
​
Build quality and looks, will appeal to the masses, not bad value for money either...
The compact floor-standing strangely named 'Poison 3' speaker made a great account for themselves, filling quite a large room with ease.

Morel
Moral were showcasing some rather radical looking speakers, which i feel may have limited Wife Acceptance Factor... but will appeal to the formula 1 fan!
​
They sounded captivating, not surprising really, as Moral have a strong reputation for making fantastic drive units...
Musical Fidelity
Focal Speakers M6 and Encore 225 Streamer

​The M6 Encore looks to be a big contender in the one box system market, great styling and build, typical of MF.
Nicely presented room too, if the New Nu-Vista CD player sounds as good as the old one, it's set to be a winner.
Micromega
M-One demonstrated with Focal Speakers
Zanden Audio - Grand Prix Audio
Grand Prix 'Monico' turntable
KEF
LS50 wireless speakers
MSB Technology
MSB was a really engaging listen...the class A 200watts (8ohm) M204 mono block (starting at $40,000 for pair!!)
YKY Audio
WF01 speakers in bamboo
Prism Sound
Callia preamplifier
The Callia preamp/DAC, which originated from the Pro/studio arena, features optical and coax inputs.
Sounded stunning with pair of ATC speakers.
​
We spent quite a bit of time in their room, as the sales team were really friendly and welcoming.
​Music selection was great too.
ELAC

ELAC's rooms were a delight, I met the very welcoming Andrew Jones, designer of the Superb Debut range, which we stock.

The cracking sounding and stunningly presented Andante speakers, which are ELAC's flagship speaker, sounded as stunning as they did at Munich last year.
​
Monica and the team are always a pleasure to spend time with, the little Integrated amp in their range is also worth checking out!
Tonewinner
Tonewinner speakers and amplifiers from China
DS AUDIO
DS had some very impressive equipment on display.
​
The Lockport Tech Loudspekers really impressed, as did the DS Master 1 Turntable.
Brilliant and gorgeous summed it up nicely...

Rockport Tech speakers and DS Master 1 turntable
Technics
Clearaudio turntables
Airtight and Piega
Accuphase and Franco Serblin
Nagra
Nagra's stunningly built range of electronics sounded as good as they looked... not much more to say really, just took at it!!! 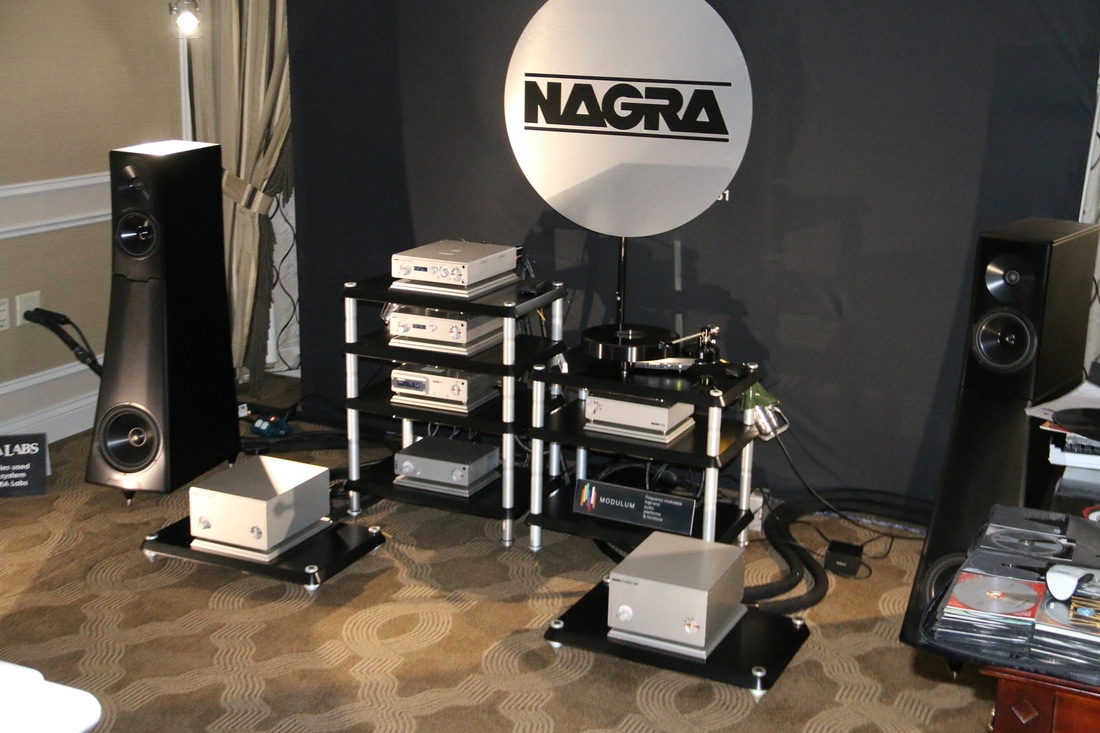 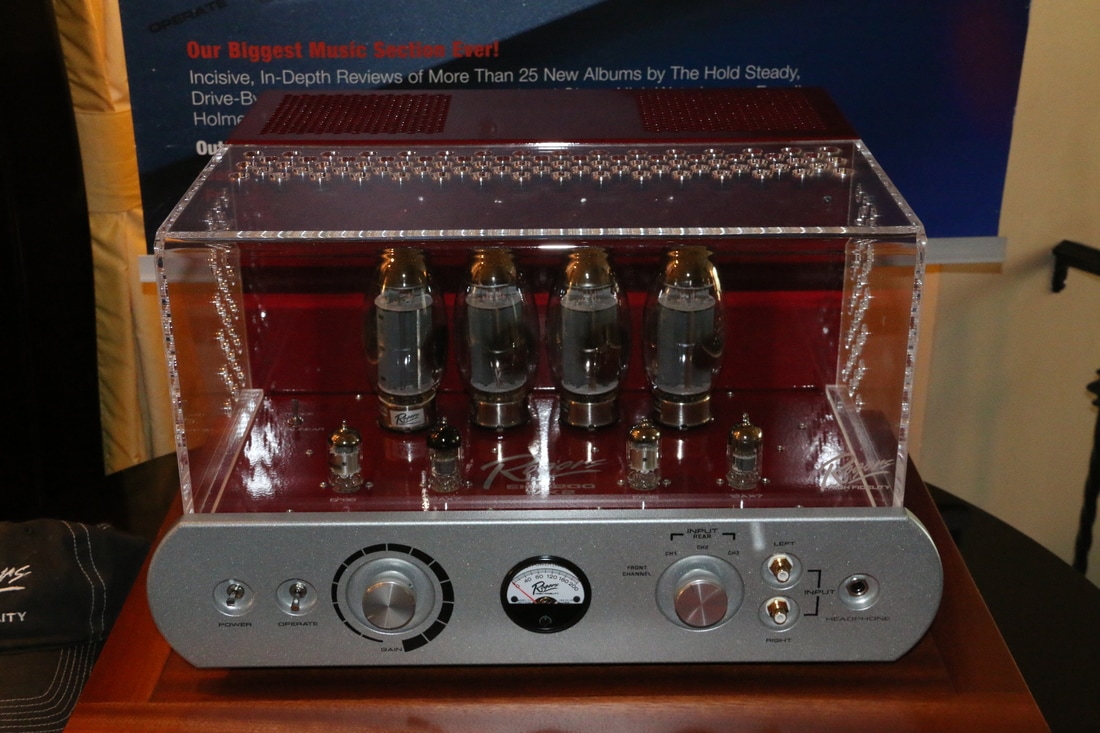 Joseph Audio, Rogue Audio and VPI
SimAudio
Monitor Audio & Roksan
Monitor Audio were making some good sounds
it was nice see them using a  classic Roksan Radius 5 Turntable (i miss the one i use to have) 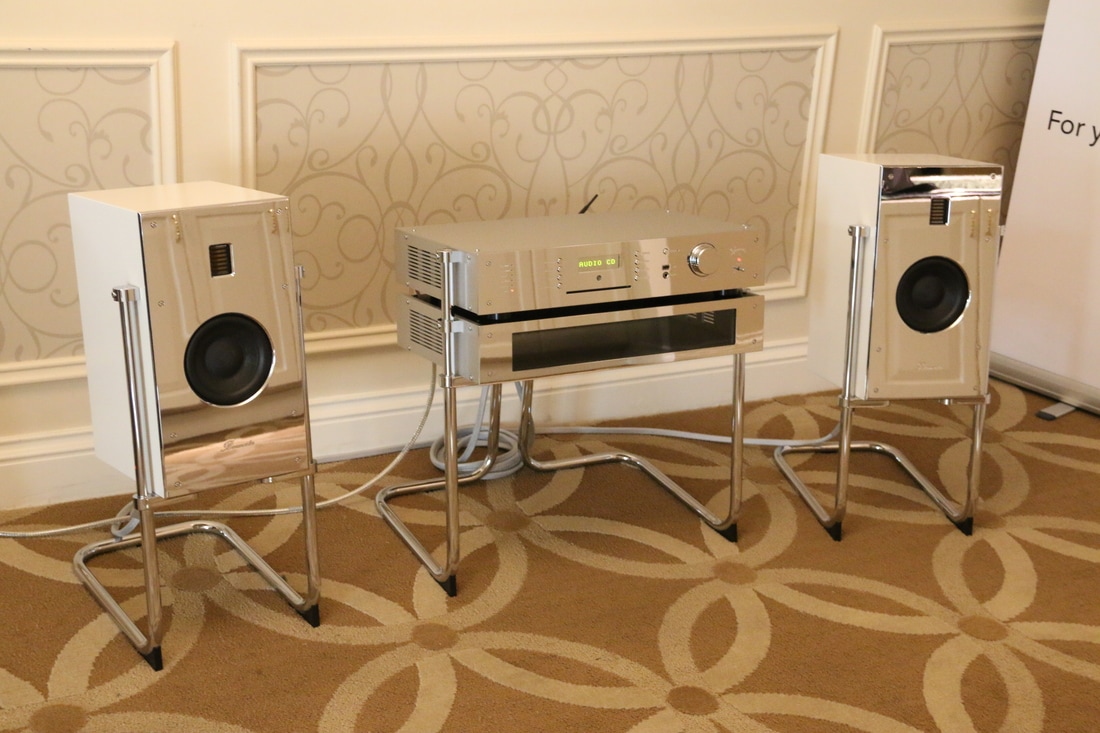 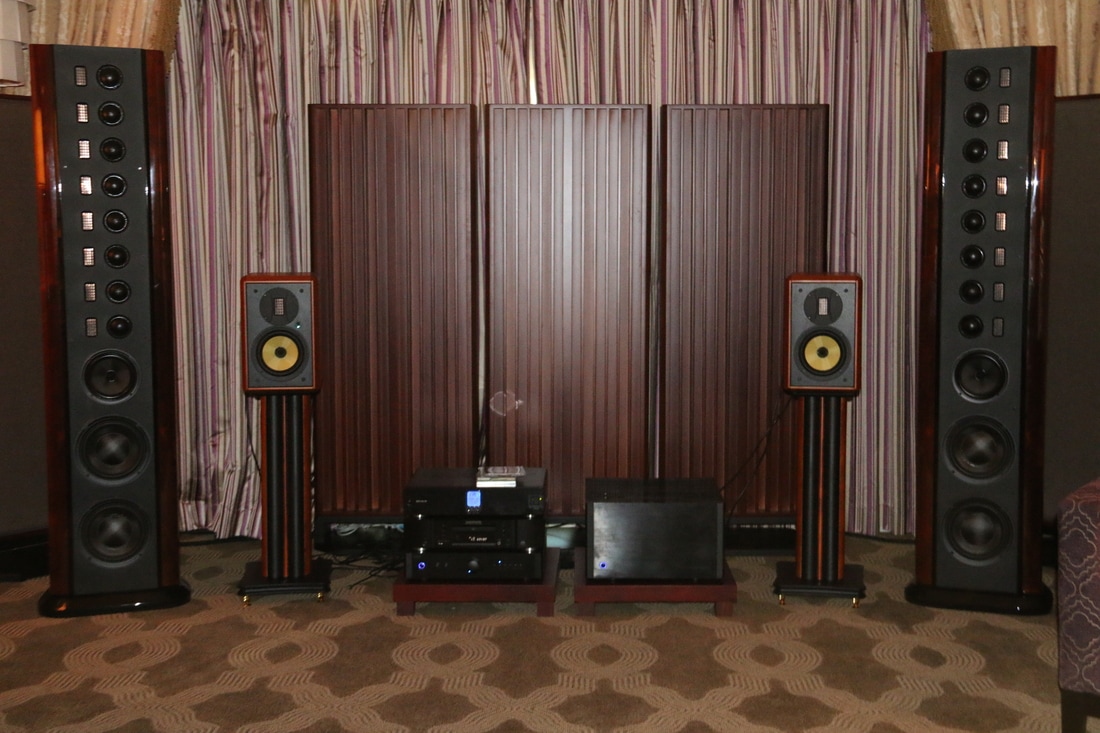 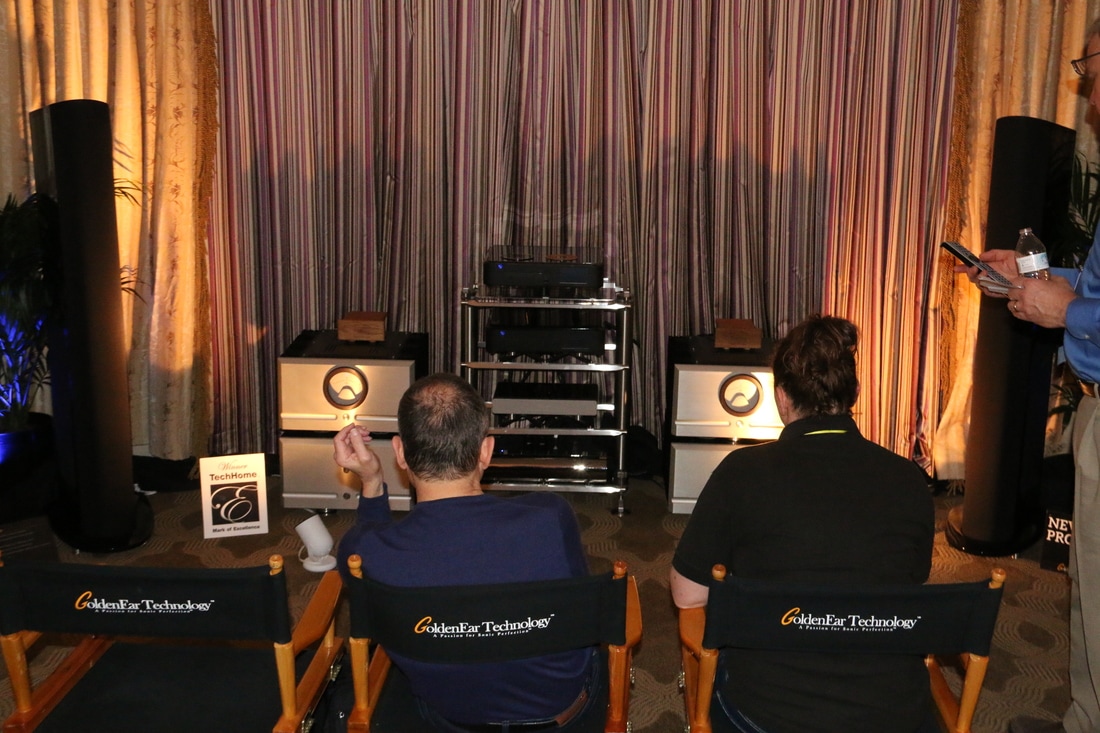 Dayton Audio
Dayton Audio had a fantastic sound in their room, the pick for us were the rather striking line array Epique CBT24. 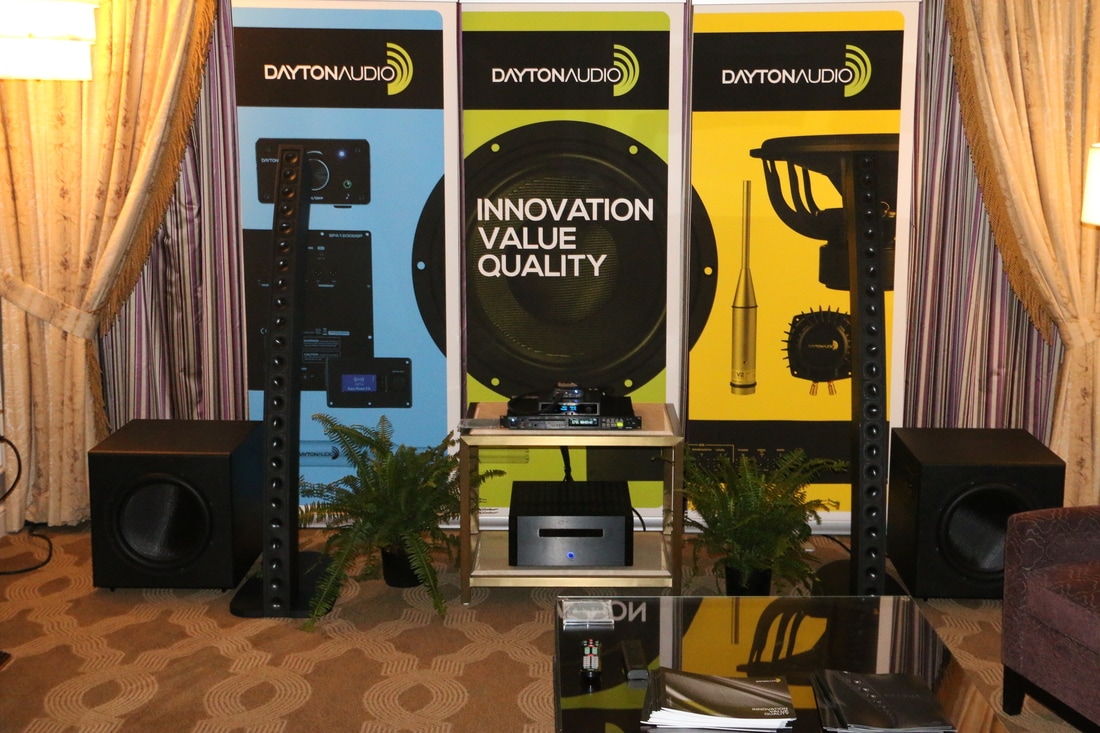 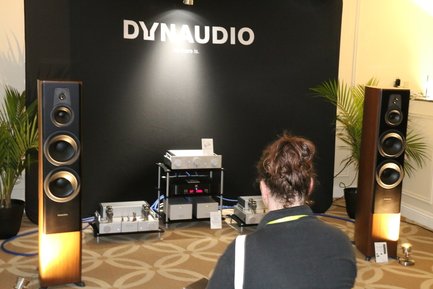 The main system comprised of:-

It sounded great, nice room set-up too, with a relaxed vibe.

​The sound was very open and detailed, typical of Dynaudio's sound signature, I have always felt that their speakers are just as at home in the studio, as they are in the home. 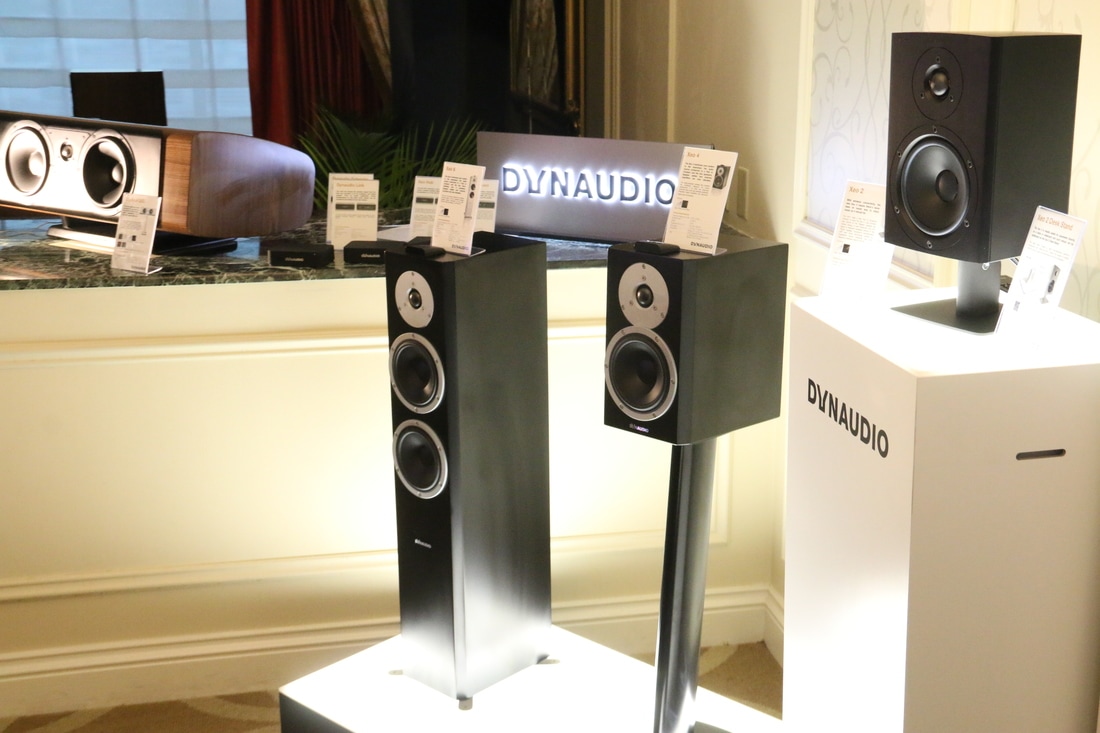 Kalista Cd player
Another striking bit of kit, was the  Metronome Technologie Kalista Integrated CD player on top of the Nausicaa DAC
​visually dramatic and sounding wonderful too.

CD players were definitely a dying breed at the show, as most rooms favoured vinyl or digital streamers, but just like the Airlight turntable pictured earlier on in the report, i can't help feel that the chunky acrylic used in this design, somehow dates it visually, as frankly, this style was used as far back as the 70's with the Gale turntable... pretty cool, all the same! 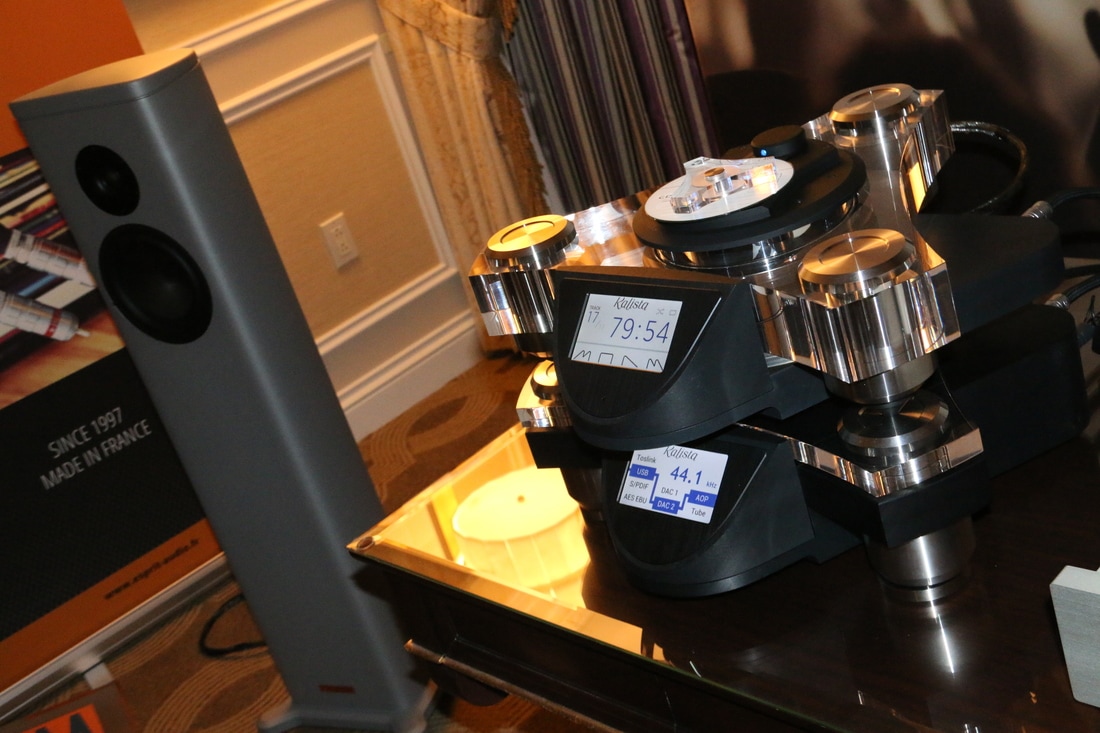 ​So, that's about it, but i guess it isn't just a hifi show, and as i previously mentioned, it covers all aspects of consumer electronics, from cars, TV's, computers, gaming, OEM manufacturing and everything in-between, so it's never going to compete with the likes of Munich and other dedicated hifi shows.

​Whether the hifi section of the CES will continue to thrive will have to be seen, but saying that, we had a great time, and the Vegas atmosphere made it all the more enjoyable.